Winter has been weird. So many days in January, February and March dipped into the teens with negative numbers at night. Why so much strange weather? Was it Global Warming or just bizarre weather? Weathermen started throwing around the term “Polar Vortex” to add to the abnormality created by the extremely cold temperatures. What exactly was the Polar Vortex and why did it keep happening? 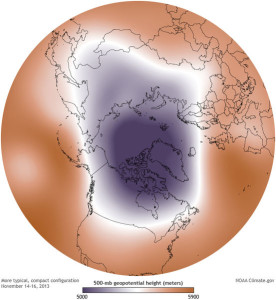 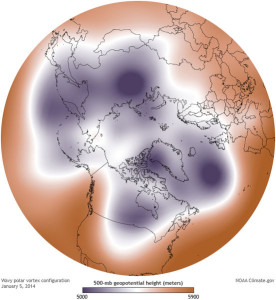 The Northern and Southern hemispheres have huge cyclones which swirl in a circular pattern around the poles. These cyclones are permanently a part of the poles and are called the Polar Vortex. The Polar Jet Stream forms a border around each vortex. If the jet stream weakens frigid Arctic air flows south allowing a southern excursion of the vortex. This was what kept happening in the winter of 2014; over and over again.

Although I enjoy riding in winter, the temperature and wind-chill made it impossible. It wasn’t until early March that I finally got back to the stables. Everything was as I last saw it. Johnn was busy cleaning stalls and the horses were in the pasture.

It seemed like a heat wave, the temperature actually hit 40 degrees. I expected to see people out and about, but Johnn said the overcast skies probably kept people inside. I saddled CJ and headed up Oakfield road. I expected to hear animals moving through the woods but it was stone silent. Snow still blanketed the fields and the ground was frozen solid. 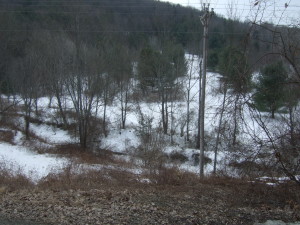 CJ and I circled back toward the barn picking up Murry Creek Road. The trees showed no signs of an early spring, and Murray creek was frozen solid. Within a few days, the frigid weather was back again.

Now it is the first week in April and it feels like spring, even though a couple of days ago winter still clung to the thermometer. Everyone is hoping that winter is over, but it’s not unusual to get an April snowstorm; only time will tell. 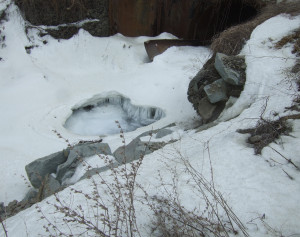