A few weeks ago I received a friendly comment from Mandy at Horse Gear Outlet. Along with the e-mail she sent a video which advertised the company’s on-line site. If you’ve watched the video you can see why I was hooked: very entertaining and wickedly funny.

I have never ordered from Horse Gear Outlet so I can’t endorse them but from what I see they offer their products at a discount. The company’s mission statement is “We aim to be the on-line saddlery store of choice by offering quality products at reduced prices, fast shipping and superior customer service”.

Greg Grant Saddlery is a family owned and operated business. Greg and Patricia Grant began selling horse equipment and saddles in 1977 at their store located in Coopers Plains, Brisbane, Australia. Greg, a livestock auctioneer in North South Wales, established his agency selling in Cannon Hill. Before long the Grants expanded their business; owning five stores and becoming the largest supplier of horse riding equipment and saddlery in Australia. 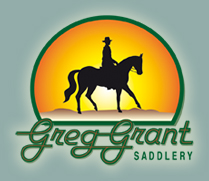 Greg and Patricia Grant, the founders of Greg Grant Saddlery, tragically died in a car accident December 2013 while on holiday in India. The company and business they founded passed into the hands of their family. The couple left behind daughter Amanda Innes, son Barton Grant, son-in-law Wroxton Innes, daughter-in-law Jeanette Grant and grandchildren, Sterling, Jasper, Clayton and Darcy.

The ‘Saddle Up For a Steal’ video was produced by Ride Free Media in Brisbane, Australia and released on the web in February. The production was filmed in four days at different locations; South East Queensland, Brisbane, Sunshine Coast and the Gold Coast. Local actors played the parts for the shoot and the local horse community provided ranches, horses and riders. The video has created some controversy within horse communities, although, the intent of the creators was good-natured fun.

The company’s website can be found on-line at Greg Grant Saddlery. Recently a second website was created, Horse Gear Outlet , to move end of the line and seasonal items to make way for new stock in their stores. Additionally, their buyers seek out deals, past season stock and end of line merchandise at discount which allows the company to offer customers reduced prices.

Happy trails to all of my readers until next time – Pat

One Response to Horse Gear Outlet Video and History