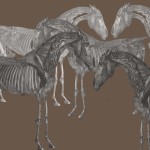 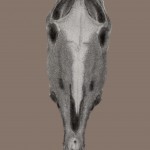 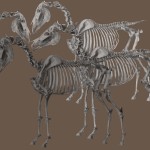 Like everyone else in the Valley, I take Interstate Highway 86 to the Arnot Mall in Horseheads. Historical markers are planted at intervals on the old highway, 17C, which parallels 86. The plaques tell of the American Revolutionary War, Sullivan’s March and the battles fought between the Continental Army and the Iroquois. A few miles past Newtown Battle Field, 86 comes to an overpass/onramp, constructed a couple of years ago. You will briefly glimpse the image of horses and the name of the town, Horseheads, embedded into the cement which supports the overpass/onramp as you pass through.

Two hundred and thirty-three years ago, the Commander-In-Chief of the Continental Army, George Washington, issued General John Sullivan orders to take his troops into hostile Indian Territory and totally destroy the settlements of the Six Nations of Iroquois. At the same time, General James Clinton received orders to move and assemble a brigade at Schenectady, NY. He moved his men westward to Otsego Lake with the objective of destroying Indian villages and joining General Sullivan’s troops at Tioga Point in Pennsylvania (now Athens, PA). Meanwhile, General Sullivan and three brigades marched from Easton, PA to Tioga Point, built Fort Sullivan and waited for General Clinton’s troops to arrive.

The generals combined force totaled approx. 4,000 men and 250 pack horses. The army set out on August 26, 1779 from Fort Sullivan. The soldiers moved along the banks of the Chemung River, destroying Indian villages and burning the Indian’s crops and orchards. Sullivan’s March continued until the army reached present day Cuylerville, NY. On September 15th, the troops turned around and headed back to Fort Sullivan. However before they reached the fort, Sullivan’s army was forced to stop a few miles from the Newton Battle Field. Many of their horses, sick and disabled after traveling approximately 450 miles, weighted down with heavy military equipment and with insufficient food, had reached the end of their physical capability. The horses could not go any further and were shot by the soldiers. The carcasses were left to rot as the men continued on to Tioga Point and then quickly left the area for winter quarters in Morristown, NJ.

The Iroquois fled to their British allies at Fort Niagara and camped outside the fort. The destruction inflicted by the Continental Army left over 5,000 Iroquois homeless and without food, many starved or froze to death during the harsh winter. Sometime later, Indians made their way back to the area where the horses’ bones lay exposed on the ground and positioned the skulls alongside the trail. The Iroquois called the area ‘The Valley of the Horses Heads’.

American settlers quickly moved into the region. They discovered the large number of horse skulls bleaching in the sun and decided to name the settlement ‘Horseheads’. Through the years many stories have circulated in the village telling of the number of horses which died there; some said 30 others placed the number in the hundreds. At Hanover Square, the place where the horses died, a plaque on a large stone commemorates the fallen military pack animals and tells the role horses played in the American Revolutionary War.

I often drive through Horseheads, but have never seen any skulls. After such a long time, they must have dried up and blown away or perhaps were eaten by rodents. The town tried to change the name to ‘Fairport’ when it was incorporated, after all the Chemung Canal was in full operation by 1837 and it seemed to make sense. However, the residents preferred Horseheads and in 1845 the name returned. Now it is inscribed in the cement supporting the overpass on Interstate 86, for all to see, although many motorist passing through may not have heard the story of the military horses which died there a couple of hundred years ago.