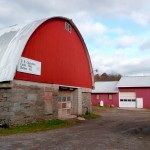 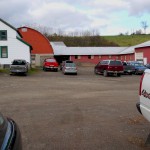 The November day radiated the late warmth of Indian summer. Anne Shaffer and I chatted over a cup of coffee. Several years ago, she attempted to find information on Shadow’s pedigree and former owner. When she bought the young horse the dealer said Shadow was a Thoroughbred, but Anne never received papers.

“It’s amazing how you tracked down Pepper’s history”. Do you think you could find out something about Shadow’s former owner?” asked Anne. “I called the auction house after I purchased Shadow, but they wouldn’t give me any information.”

The Jockey Club controls registry for Thoroughbreds, so I called their number for help. I reached an answering machine and left my number. A short time later, Andrew from the Jockey Club returned my call.

“I’m trying to help a friend find information about her horse which she bought at an auction several years ago. Are there DNA tests which can determine breed?” I asked.

“Then there isn’t a test to determine pedigree?” I asked.

“There is no way to determine the horse’s breed without knowing the horse’s sire or dam. If you get that information, then we can compare the horse’s DNA with our DNA databank. Usually at Thoroughbred auctions the sellers are required to convey papers,” Andrew said.

“The horse was sold at a livestock auction in a rural village in New York State,” I replied.

“Your best bet would be to contact the auction house and see if you can get information from the former owner. If you can find out the dam or sire then we would have something to work with,” Andrew replied.

“Okay, thanks,” I replied hanging up the phone.

James Cain purchased Shadow in Unadilla, NY at the D.R. Chambers & Sons Cattle & Horse Auction. I looked up their number and called. The phone rang a few times and a young woman answered.

“I’m trying to get information on a horse that was sold at your auction house. Is it possible to get the name of the former owner,” I asked.

“It is not our policy to release the names of sellers. They might not like having a buyer hassle them with questions,” the woman replied quickly.

“The horse was sold as a Thoroughbred but doesn’t have papers,” I replied.

“All registration papers would have been given to the buyer at the sale with the vet record of shots. How long ago did she buy the horse?” the woman asked.

“About ten years ago,” I answered.

“She sure waited a long time to try and find out,” the woman said harshly.

“She called after the horse was purchased but basically was told what you just told me,” I replied.

“Surprise, surprise – the answer is still the same,” said the woman in a snide voice.

“Well, you never know..things do change,” I replied.

“Not here,” said the woman.

Basically, I came up with nothing; a total dead-end. Without the names of Shadow’s sire or dam or a tattoo there was no way to trace the ancestry of the horse. I researched the D.R. Chambers & Sons Cattle & Horse Auction and found that a horse and tack auction was scheduled in a few days. On the day of the auction, Emma and I drove up to Unadilla, NY and pulled into the auction’s parking lot.

We sat through the tack auction and then walked through the barn to have a look at some of the horses which had arrived for the sale. Several horses were saddled and stood tied to a railing. A large man rode one of the horses back and forth inside the barn, bending over his saddle to avoid hitting the low beams. We walked on to a long open pen filled with horses, stopping to pet a cute roan Shetland/mix pony. As we left, a group of Amish boys following a beautiful black, bald faced gelding hurried by us, turned a corner and disappeared into the huge barn.

The horse auction wouldn’t start for several hours, so we left and looked for a restaurant to get a bite to eat. When we returned the parking lot was packed with long 24 foot livestock trailers, horse trailers, pick-up trucks and cars. Finding a place to park was difficult; I navigated through ruts and pot holes and found a spot near a line of trailers at the back gate. A group of people stood in a field adjacent the auction house watching a rider try out a chestnut colored Quarter horse. Florescent light shone from inside the auction house, flooding the dark outside with a soft glow. People lingered just outside the entrance, talking, smoking and blocking the doorway. The auctioneer’s voice drifted on the night air creating a carnival ambiance to the place.

Inside the building a crowd filled bleachers made of wide, wooden planks. We climbed to the top bench and sat down; definitely not a good view. Two doors, an entrance and exit, were situated on opposite sides of the auctioneer’s window. The auctioneer leaned over his microphone trying to sell a horse walking back and forth in a long, narrow corral. Sellers and buyers stood inside the pen watching the horse walk, trot and canter. Quickly, the auctioneer called out numbers, lowering his price until the horse sold. The rider left by the exit door bending over the horse’s neck to avoid hitting his head on the door frame as the next horse came in quickly. The door swung open, and we had a brief glimpse of a long line of horses inside the barn waiting their turn to enter the corral.

A Quarter horse, branded with the letters OK in the middle of a circle, walked into the pen ridden by one of the auction workers. “This is a fine western horse. He neck reins, drives cattle, you name it he does it,” said the auctioneer, his voice filling the room. “He’s 15 years old and has papers.”

“I can’t believe you people!” shouted a man inside the corral leaning up against the railing. “I just came from an auction out west and a horse like that would easily go for $2000. And I’m not the seller here.”

A large, dapple grey horse entered with a young woman riding him. “This is a German horse and trained, trained, trained,” said the woman on the horse. She stopped and quickly stood up on the horses back. The animal remained motionless. “See this horse is great!” she concluded.

“How old,” asked the auctioneer pointing to a worker in the small ring.

The worker opened the horse’s mouth, looked in and said, “17 years.”

Finally, the bidding began; ending at $75 dollars and the huge German horse exited the corral. New horses came through quickly, the bidding started and within a few minutes ended. The Amish bald-faced gelding we had seen earlier came in with the farmer riding the horse bareback. A parade of horses came through the swinging door; Standardbreds off the track, ponies, half starved horses, Quarter horses from ranches out west, horses dislocated because of the flood, even a donkey. They all came in and out; none selling for more than $375 most selling for $50 to $75, some sold for $5.00 and a few never sold. The auction house filled with chatter and the occasional comment from a horse dealer as people enjoyed food from the snack bar.

A couple walked in with a pair of mini-horses in harness. They drove the horses up and down the corral.

“Are you selling them individually or as a pair?” asked the auctioneer.

“I want them to stay together not be sold individually. They are yearlings and have been trained to drive but haven’t been hitched to a cart yet, “ replied the woman.

The bidding started and the minis sold. The next horse came in starved, the rib-cage jutted out exposing the clear outline of bones, the backbone protruded, covered only by skin and hair. The bidding never started; no one wanted the horse.

The small roan pony we petted earlier in the day walked into the pen led by a young woman who worked for the auction house.

“Why don’t you try riding that pony,” taunted another worker standing next to her.

“Okay,” she said letting the man give her a leg up on the pony.

As soon as she sat down, the pony began to buck and spin. The young woman was tossed off, landing on her feet at a run, dodging the flying hooves. The bidding went down from there, but someone bought the pony and the young woman led him out of the ring.

We left the auction before it ended; there were miles to drive home and the hour was late. I came away understanding why Shadow’s former owners would probably never be located. Dealers bring horses to the auction house from all over the country, few records are kept if any and horses may pass through several dealers. Where a horse ends up after the auction is unclear. Some horses are sold directly to people who will give them a home. Many dealers sell the horses they buy to private individuals. The horses a dealer can’t sell are trucked back to the auction house and new horses bought. A few people speculate that some of the horses will end up at slaughter houses in Canada. Where did Shadow come from and who are his sire and dam? He may have come from just about anywhere in the country. Somehow, Shadow ended up at the auction house in Unadilla, NY, a horse dealer named James Cain bought him and sold the horse to Anne. Unless Shadow learns to speak English that is probably all we will ever know.

2 Responses to The Unadilla Livestock Auction