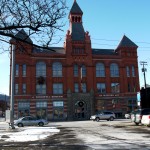 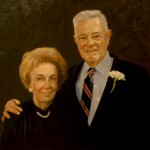 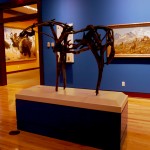 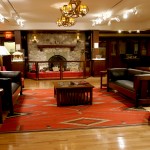 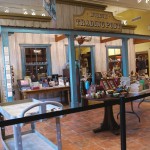 I grew up in the Pacific Northwest near the foothills of the Cascade Mountains which stretched to the East and towering Mt. Rainer to the South. The community was destined to become the bedroom for the bustling seaport city, Seattle. Amid that backdrop, like every other kid, I was glued to the couch taking in the drama of the TV Western; watching cowboys and Indians. The bad guys fell to the Lone Ranger and Tonto, Sheriff Matt Dillon kept the streets safe in Dodge City while Ben Cartwright and his three sons worked hard on the Ponderosa; all in the comfort of my living room.

Since I had a pinto pony and several neighborhood girls had ponies too, it was only natural for us to play cowboys and Indians on horseback. Unfortunately, nobody wanted to be cowboys, we all tried to ride like the Indians. My neighbor Karen a few years older than me trained her horse, Ky, to rear like the Lone Ranger’s Silver and rode without a bridle or saddle. We all rode bareback. Once I tried leaving the bridle at home. I took a rope, made a slip knot, tied a few chicken feathers I found near the hen house to the end of the rope near the makeshift bit, then slid the end of the rope through my pony’s mouth and rode off into the woods.

Years passed, I grew up, married and relocated to the East coast. When my husband and I moved to the Southern Tier of NY state we heard that there was a fine collection of art at the Rockwell Museum in Corning. Incurable “museum hounds” made it inevitable that we would visit the museum.

“Norman Rockwell?” I asked my husband.

“I don’t know. Why don’t we visit the museum and see,” replied Moe.

We drove up to Corning, enjoyed Market Street and stepped into the Rockwell Museum. I was thrilled to see some of my favorite artists displayed; Remington, Russell, Moran, Wyeth, Bierstadt, and Leigh to name just a few. Not obscure paintings but skillfully executed masterpieces. The Western theme brought back personal memories as well as thoughts of frontier American history; its adventure, beauty, drama and tragedy. And of course so many of the paintings contained horses; Indian horses and cowboy horses, the noble horse working in partnership with people.

It’s curious how a museum dedicated to the western experience would be located in such an unlikely local as Corning, NY. After all what connection does Corning have with cowboys, Indians, and the Rocky Mountains? Perhaps the most direct answer to that question is Bob Rockwell.

Bob Rockwell, Jr. grew up on his parent’s ranch in Gunnison County Colorado near the small town of Paonia at the foot of Mount Lamborn and the Grand Mesa. The 5,500 acre working cattle ranch consisted of hundreds of steers, 30 horses, a few Texas longhorns, 5 buildings to house the cowboys and their families and the Rockwell family home. Young Bob was immersed in the western frontier experience, rode horses, met cowboys and collected insects, animal skeletons and arrowheads. After high school in Paonia, he left Colorado; first attending Whittier College then transferring to Stanford University. Upon graduation in 1933, he moved to Corning, NY to help his grandfather run the Rockwell Co. department stores returning for summer visits to the family ranch.

The Rockwell Co. department store in Corning kept young Bob Rockwell busy. At the store, he met the charming Hertha Godley who worked as an accountant and they married in 1941. Then suddenly and without warning on Dec. 7, 1941, the US became enmeshed in war when Japanese aircraft dropped bombs on the naval base at Pearl Harbor. The next year, sweeping world events overtook the young man, and he found himself in North Africa with the Seabee’s, 70th Naval Construction Battalion. When the war ended Bob returned to the department store and settled back into civilian life on Market Street.

A passion for collecting and the friendship of Frederick Carder, manager/designer for the Steuben Glass Works in Corning, encouraged Bob to purchase and amass a large art collection of colored Steuben glass. Then in the early 60’s, he met an Elmira art dealer selling a painting by the famous Western artist, Fredrick Remington. He purchased the work of art, and then Bob took it to be authenticated by Harold McCracken, a renowned author, historian and Western art authority. McCracken informed Bob that the painting was a fake. Undaunted, and with McCracken’s help and connections to New York City art galleries; Bob purchased four authentic Remington’s which began the Rockwell collection of Western art.

For many years, the collection hung on the walls of the Rockwell Department store. Every year the collection grew bigger, until Bob and Hertha Rockwell decided to create an art gallery and museum on the second floor of the Baron Von Steuben Hotel. Then suddenly, a natural disaster changed everything. Two storm systems, Hurricane Agnes and a rainstorm from Ohio, headed for the Southern Tier of New York State reshaping downtown Corning overnight. When the two systems met on June 22, 1972 eight inches of rain fell into the Chemung River basin, the dam system failed and water overflowed the river’s banks. Downtown Corning flooded, badly damaging properties including Corning’s City Hall and Fire Station.

The City Hall building constructed in 1893 suffered extensive damage and was slated for demolition. To save the historic structure, Corning Glass Works purchased the building for $1 and undertook an extensive reconstruction project. Finally in June of 1982, with renovations completed and the interior transformed into gallery space; the Rockwell Museum of Western Art found a new home.

Last week I visited the Rockwell Museum and met Mary Mix, Senior Museum Educator. She graciously gave me a tour of a small portion of the museum’s collection. We walked into the Visions of the West Gallery on the 3rd floor, looked at the huge Leigh painting “The Buffalo Hunt”, the historic George Catlin painting “Breaking the Wild Horse”, and many other remarkable works of art. All the while, Mary pointed out interesting facts about each painting, how the work of art related to Western American history and Native American traditions. We talked about the importance of art to community, how painters interpret a subject, Indian culture and the Pony Express.

“Do you conduct school tours at the museum?” I asked.

“Yes, annually 5,000 students come to learn about the museum from 20 school districts across New York State and Pennsylvania. The museum runs a program for kindergarten, second and fourth graders. Each grade focuses on a different topic.” replied Mary.

“It’s wonderful that kids have the opportunity to learn about art,” I said.

“We also have free activities for kids and teens to make the museum experience an exciting learning experience,” said Mary handing me a booklet entitled Horse Art Pack. “In addition to the Art Packs, the museum offers an Explore the West Activity Booklet, an Art Hunt and Travel Journal.”

“That’s a great way to get kids excited about art and history,” I said pausing for a moment. “Whenever I come here I am always reminded of my own past and feel that I’m in a truly special place.”

“It’s interesting you say that. The Rockwell Museum is a very unique place and the people who visit bring with them their own connection to the American West. After all, art is 50% input from the artist and 50% input from the viewer. Not all people will see a work of art in the same way or even in the way the artist intended,” replied Mary.

The time came to leave. As I walked through the galleries, I had the eerie feeling of walking through time. The rugged landscapes of the west portrayed through sculpture, pottery, and oil paintings quietly rested on walls or in their cases. Everywhere I looked the horse was depicted; strong, powerful, graceful and enduring. I could almost smell the clear Rocky Mountain air and hear the galloping hoofs of Indian horses hunting buffalo. So next time you’re in Corning stop by the museum and enjoy the experience. Happy Trails to everyone and special thanks to Mary Mix.

Note: In coming weeks look for 2 more blogs on the Rockwell Museum of Western Art; one on Indians and Horses, the second on Cowboys and Horses.

Paintings from top left to right: “Hertha and Bob Rockwell, Jr.” painted by Thomas S. Buechner, Sculpture “On the Warpath” by Cyrus Dallin and painting “The Buffalo Hunt” by William R. Leigh, sculpture by Deborah Butterfield, “Untitled” and painting “In the Bighorn Country” by Carl Rungius,