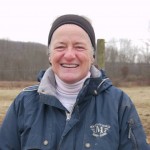 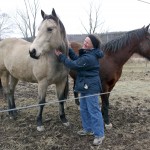 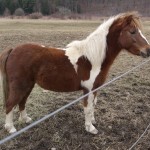 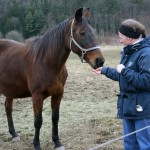 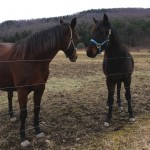 The winter had been unusually warm, rain instead of snow, temperatures in the high 30’s and 40’s instead of dipping down into the single digits and below zero. February was no different. The air felt like early spring, the day I jumped in my son’s Honda and drove up Route 34 on my way to Sharp Lee Farm. I turned left at East Spencer Road, continued for a few miles, pulled into the driveway in front of a single story house and stepped out of the car. The barn was directly across the road and I thought Kim would be there, but before I got very far in that direction, the front door swung open and a pleasant woman greeted me. I stepped into Kim’s comfortable home and sat down.

Backtracking a bit, like so many people I walk in many worlds, usually those worlds don’t meet but sometimes they cross. Besides my deep attachment to the horse world, I confess to being involved with a dedicated group of writing geeks which meet at the Corning Library twice a month. Our enthusiastic leader and writing guru is Michelle Wells. A few weeks ago, Michelle and I exchanged blog sites. I clicked on her website and read Michelle’s post. Shortly, a comment from Michelle appeared below my article about the Unadilla Auction House:

Hi Pat – I actually grew up across the street and a couple houses down from the auction house. Was just up there on Sunday. My sister and I were horse crazy and watched the horses with avid interest. I also walked horses at polo games across the river where they have a huge indoor arena for polo games, Susquehanna Stables. I’m not sure it’s still there but those were some great days. Thanks!

How ironic! One thing led to another and it turned out Michelle’s brother and his girl friend, Kim, were up to their ears in horses. Michelle helped me with an introduction and that’s how I ended up on a fine Wednesday morning in February sipping tea and talking horses with Kim Burris.

Around age 3, Kim’s Dad decided it was time for her to learn about horses. They drove across the border from their home in Winchendon, MA to Jaffery, NH for riding lessons. The stables not only offered riding and driving lessons, they also offered hayrides and sleigh rides through the surrounding scenic countryside dotted with sparkling lakes and rolling hills at the base of Grand Monadnock Mountain. Although, the distance was only about 10 miles, the trip placed Kim on a life path which she never deviated from and instilled an enduring adoration for horses. The stables, Silver Ranch, had a straight forward philosophy based on teaching clear and safe communication between horse and humans. Additionally, they taught their students how to tack, groom and take care of horses. Kim had a long relationship with the stables.

“I was lucky to have parents who cared enough to give me riding lessons once a week when I was a kid,” said Kim.

“Not everyone gets that opportunity,” I replied.

“When I was 11 years old, I wanted a horse so bad, I begged and begged. The stable owner, Alfred Sawyer, told my Dad he might as well buy the horse for me. Alfred said I would get sick of it like all the other girls as soon as I became a teenager and discovered boys,” said Kim smiling. She paused for a moment and sipped her tea, “Dad bought the horse, but I never lost interest. I’ve been riding and owning horses ever since.”

“What type of horse did you buy?” I asked.

“The first horse I owned was a ½ Morgan- ½ Arab mare named Stormy. She was about 12 years old, not much of a jumper. She could jump a 2 foot rail but it wasn’t pretty,” said Kim.

“Where did she come from?” I asked.

“Fairhaven, VT…Stormy was 19 months old and I trained her to ride,” said Kim.

“That’s interesting; she was the first horse you trained and rode in shows?” I asked.

“I used to ride her in open shows and 4-H events. I was horse crazy; I think all little girls are. I loved horses. And was lucky my parents could afford lots of lessons. I’ve ridden trail rides, shows, lots of different kinds of horses. At Silver Ranch, Alfred basically bought horses from the local auction and put the lesson riders on them. There was a turnover at the stables and we got to ride a lot of different horses. I liked all the horses, but my favorites have always been Quarter Horses and Standardbreds,” said Kim.

“The horse I ride is a Standardbred. She’s a really nice little horse,” I said.

“Standardbreds are great horses. My Dad became interested in Standardbreds through a good friend who raced trotters and pacers at Hinsdale Raceway in New Hampshire. When I was 13 years old my Father bought his first Standardbred. We had a track at home and exercised and trained the horses there. I worked at Hinsdale in summers. At 16 I took a job as a groom and moved to the track,” said Kim.

“You lived there?” I asked.

“Yes, the big tracks have a dormitory, community bathrooms, and cafeteria for the grooms and other people who work there. I was struck with the horse bug, quit high school, and went to work as a groom at Hinsdale Raceway. I lived at racetracks during the racing season and traveled the circuit; Foxboro Raceway, Plainridge Race Course, Rockingham Park, all over the Northeast. The season lasted 3 to 4 months and when the tracks closed I went home. Now, the big tracks are open all year long, Monticello, Yonkers….the smaller tracks like Tioga Downs are still open seasonally,” Kim replied.

“So you’ve worked with horses you’re entire life,” I said.

“Basically, I’ve always owned horses; although, I had another job for about 12 to 13 years working in a woodshop making furniture, said Kim.

“What type of furniture? I asked.

“I worked for Bellecraft Wood, located in Winchendon, MA where I was born and raised. We basically worked in pine and made New England style furniture, mostly small tables and hutches. They are still in business,” she said.

“So how did you get from Massachusetts to Spencer, NY?” I asked.

Kim, her husband Larry, and a friend were headed for a Standardbred auction in Ohio. With the horse trailer hitched to their truck, they pulled into the auction lot, parked, sat through the sale and bought two horses. One horse, B-Practice, looked like a skinny, wet cat with a big pretty head. They loaded the horses into the trailer and in the late evening headed back to New York State. On the highway, Larry began to have trouble breathing, a blue and white hospital sign not far up the road helped them locate a doctor. A few minutes after Larry checked in at the emergency room, he died of a heart attack.

“It was hard but everyone has tough times and good times. You make the best of it and move on,” said Kim.

“That must have been difficult, so far from home with the horses in the trailer and everything happening so suddenly,” I said.

“It was very hard, but every experience teaches you something,” she said.

Kim brought the horses back to Candor and life went on. She worked at Tioga Downs Raceway in the paddock as a farrier and an exercise driver. When a horse lost a shoe she tacked it on swiftly, within a minute, and the horse went quickly back to the track. A vet worked in the paddock too. Not far off, an ambulance waited hoping a sulky driver wouldn’t be in need of their services, an ever-present sign of the inherent dangers of harness racing. Kim a registered driver with her own colors, Columbian Blue and White, drove horses for qualifying times, and as the days slipped by she continued to train B-Practice. The skinny little horse that looked like a drowned cat and had never won a race began to win races, a lot of races. She won her first 8 starts and went on to win a total of 26 races and earn $30,000. Trotter trade publications printed her picture and wrote her story.

“Training requires daily exercise…jogging in both directions at a pace or trot. Trotters are not allowed to canter. I enjoy working with Standardbreds for several reasons; first they have great endurance, second a wonderful personality, third they’re very smart, and fourth docile compared to thoroughbreds, perhaps because we work and handle them more often,” said Kim.

As it always seems to happen, when everything is rolling along smoothly there is a sudden dip in the road. Without warning tragedy struck, B-Practice and another mare got loose from their pasture, ran out into the road and were hit by a car. B-Practice flipped over the car roof, demolished the vehicle and sustained injuries.

“She recovered from the injuries and I could have retrained her and started her back racing, but I decided to retire B-Practice and breed her instead. She is now 15 years old. Her oldest foal, TalkAboutAPhoto just turned 3 and will hopefully race this summer. I’m building a stable of racers,” said Kim.

Not all horses at Sharp Lee Farm belong to Kim, although they are all in her care. Some are from Tioga Downs Raceway; come to rest and recuperate. While at the track, the horses are stabled and receive exercise either on the track or on a huge treadmill for horses with side gates. The horse walks or trots for about 20 minutes with an average distance of 3 to 6 miles. If a horse needs rest, becomes lame or just needs a few days off to eat some green grass during racing season they are turned out at Kim’s farm.

We left the warm house, stepped outside to the backyard and walked a few feet to the first pasture. Sharp Lee Farm has deep, flat bottom land divided into four large pastures. At the first pasture two dark bay Standardbreds with horse blankets draped over their sleek backs, picked up their heads and pricked their ears in our direction as soon as they saw Kim. With a burst of speed and power the two beautiful creatures ran towards us. Kim bent under the wire fence, greeted the horses with a friendly hello and a treat. It was the same at every pasture, the horses made a mad dash to greet Kim, received a friendly rub on the neck and a treat.

How many horses do you have?” I asked.

“Too many horses… some come and go and some come and just stay,” she said. “I love all my horses. There are no bad horses, just bad training,” said Kim.

I met B-Practicing, her foals and pasture buddies. George, an older horse, and Roci, a mini-horse, both belonged to a neighbor who could no longer care for them due to medical problems, so Kim took the horses in. The mascot for Tioga Downs Raceway, Tioga Ty, a pinto Shetland cross contentedly walked among the larger horses. During racing season on Sundays, he had his own little corral by the grandstands where kids enjoyed watching him.

Currently, Kim is taking a break in training, but hopes to begin anew when the track at the Owego fairgrounds opens again. The devastation created by the 2011 flood, damaged the fairgrounds and the track was closed, hopefully it will open soon. In the meantime, the winter has been mild, the horses pleasant and valley life serene, but it won’t be long before harnesses are hitched to sulkies and Kim will be busier than ever at the racetrack doing what she enjoys; racing trotters.