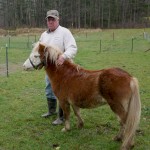 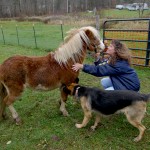 With Halloween just around the corner, Hurricane Sandy, nicknamed ‘Frankenstorm’ roared through New York City and the Jersey Shore. Ahead of the storm, Mayor Bloomberg, NJ Governor Chris Christie and President Obama made announcements on all the major networks. They ordered mandatory evacuations and designated areas where people could seek shelter. Atlantic City casinos, the NJ Boardwalk, NYC subways, Amtrak, major airports, the NY Stock Exchange and public schools were all closed. The storm barreled onto the NJ coast bringing a storm surge during high tide, flooding and destroying property in the process. Protective levees broke, half of Hoboken, NJ was underwater and four towns in the northern part of the state had water as high as 6 feet, 50 homes in Queens burned, NYC subways flooded and 8.1 million homes lost power across several states.

In the Valley, people braced for a repeat of last year’s flood which left Athens in ruin. This time around people weren’t taking any chances. When I went to Wal-Mart to buy emergency candles, I found that the store was sold out. People crowded the aisles, filling their carts with bottled water, food, flashlights and batteries.

By Tuesday, we knew that the center of the storm had veered west of us missing our area by a few hundred miles. The Valley experienced high winds, some rain and power outages, but no major flooding. Anne Shaffer called and asked if I would like to visit one of the rescued ponies and of course I said ‘yes’. A few minutes later, Anne stopped by and we traveled down Route 220 along the Susquehanna River. A few fields were flooded, mostly by rain, but I didn’t see any place where the river overran its banks.

“Did you lose power?” I asked.

“No we still have lights, but there are a lot of people without electric,” replied Anne.

We traveled into Ulster, PA following the Susquehanna River Basin and passed Bishop’s Restaurant where several electric company trucks stood in the parking lot. Then, we climbed a mountain slope and headed towards Monroeton. It wasn’t long before Anne turned at Marcy Hill Road and stopped in front of Dale Cole’s garage.

An eight year old Shetland pony named Spitfire stood quietly in a box stall, which took up one corner of the garage. Just outside the stall there was an opening leading into a pasture. Dale, a recently retired dog warden and police officer, agreed to foster the little stallion for the Bradford County Humane Society. The Shelter’s policy was that stallions would not be available for adoption until they were gelded. The other two ponies, Misty and Princess, rescued with Spitfire had already found homes.

“Do you have a lot of experience with horses?” I asked Dale.

“I grew up on a dairy farm just outside of North Gent. As a teen I owned a saddle horse, but most of my experience with horses comes from working a team of Belgian draft horses; skidding wood, pulling a bob sleigh or wagon,” replied Dale.

Dale opened the stall gate and let Spitfire loose in the pasture. The little horse walked a short distance and then began eating grass. “When he first came he was hard to catch and kicked if cornered, but after a few weeks he settled down. Now he allows people to walk up to him in the field. He’s a good little pony, gets along well with dogs and enjoys interacting with my grandkids.”

The wind picked up and a few snowflakes fell from the sky. I took some pictures and Anne played with the pony.

“How was it being the dog warden and working at the shelter?” I asked.

“Being a dog warden was a challenge. The worst was seeing the disgusting way people treated their animals,” said Dale.

“But you only saw the worst cases,” I said.

“Maybe, but I saw some really sickening things,” said Dale.

“He’s right, in this job you see some horrible cases of neglect and cruelty,” said Anne.

We walked back inside the garage to get out of the cold and Dale’s dog, Spirit, followed us. Dale showed Anne a few bales of straw which he planned to use for Spitfire’s bedding. Outside grey clouds covered the sky.

“What happened to the other two ponies?” I asked.

“So Spitfire is the only one not adopted,” I said.

“The shelter has a policy of not adopting out stallions. Once he’s gelded, Spitfire will be available for adoption,” said Dale pausing for a moment then continued, “The vet is coming tomorrow.”

Anne and I climbed into the truck and drove back up Route 220, winding through the countryside along the Susquehanna towards Waverly. The aftermath of Hurricane Sandy was evident in the trees and branches toppled by the storm. We passed the electric company trucks pulled off the road, fixing downed power lines.

A few days later, I received a call from Anne Shaffer; Spitfire had found a new home in Yonkers, NY. On November 11th, Laura Hawbaker, the Humane Officer at the Bradford County Humane Society Shelter, drove to Yonkers to inspect the property; making sure it was suitable for the pony. A few days later, the little piebald pony named Spitfire left Dale Cole’s home and boarded a horse trailer headed for a new life far from Ulster and the Endless Mountains.

Epilogue: The horse world can be a very small place sometimes. An interesting footnote to the story about Dale Cole is that his uncle Erle Cole sold Myrtle, Johnn’s Belgian, to the Balentines many years ago.